During the Second World War, basement rooms in a government building in Whitehall served as the centre of Britain’s war effort. The complex, known then as the Cabinet War Rooms, was occupied by leading government ministers, military strategists and Prime Minister Winston Churchill. We are so proud of the new models we have worked with Imperial War Museums Churchill War Rooms to produce for their newest exhibit which tells this complex story in a very accessible way.

In Room 59, the visitors can now explore the threats the site and its staff faced, and how the site was reinforced through two stunning models designed developed, built and installed by our talented model makers. The Bombing Map of Westminster is a thee-dimensional, tactile map of the Westminster area, demonstrating bomb damage sites, with the Churchill War Rooms located near the centre. Our model makers worked closely with our solid surface experts to create this beautiful tactile model.

The relief wall mounted model is 3.5m in width and is constructed from hand-cut white solid surface’ material with architectural detail CNC’d in relief to demonstrate the beauty of the building’s façade. A cut-through into the basement allows the visitor to see the construction details added to stabilize the building; layers of concrete, steel beams and wooden posts. We also made a glowing cigar for their existing model of Sir Winston Churchill. 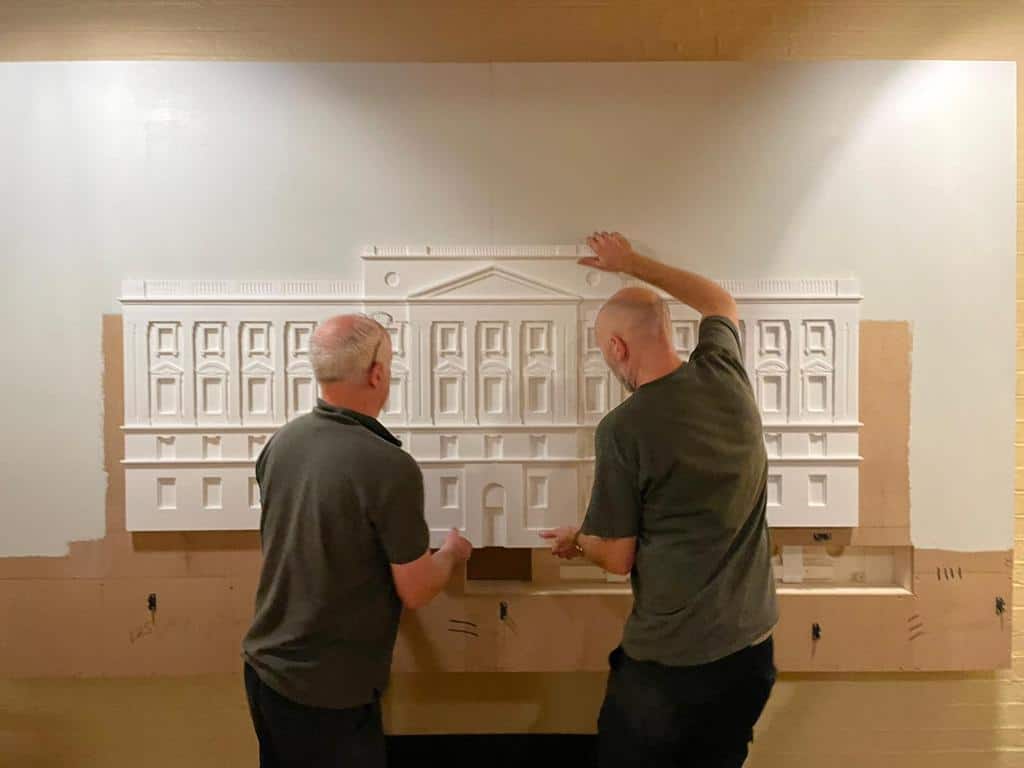 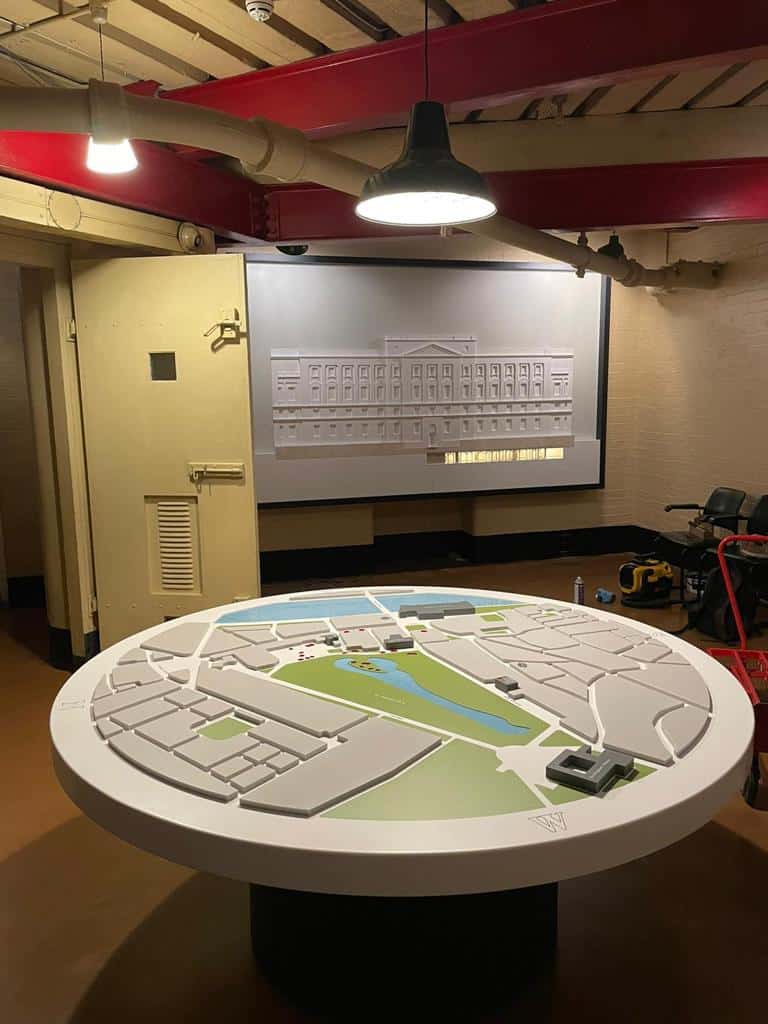 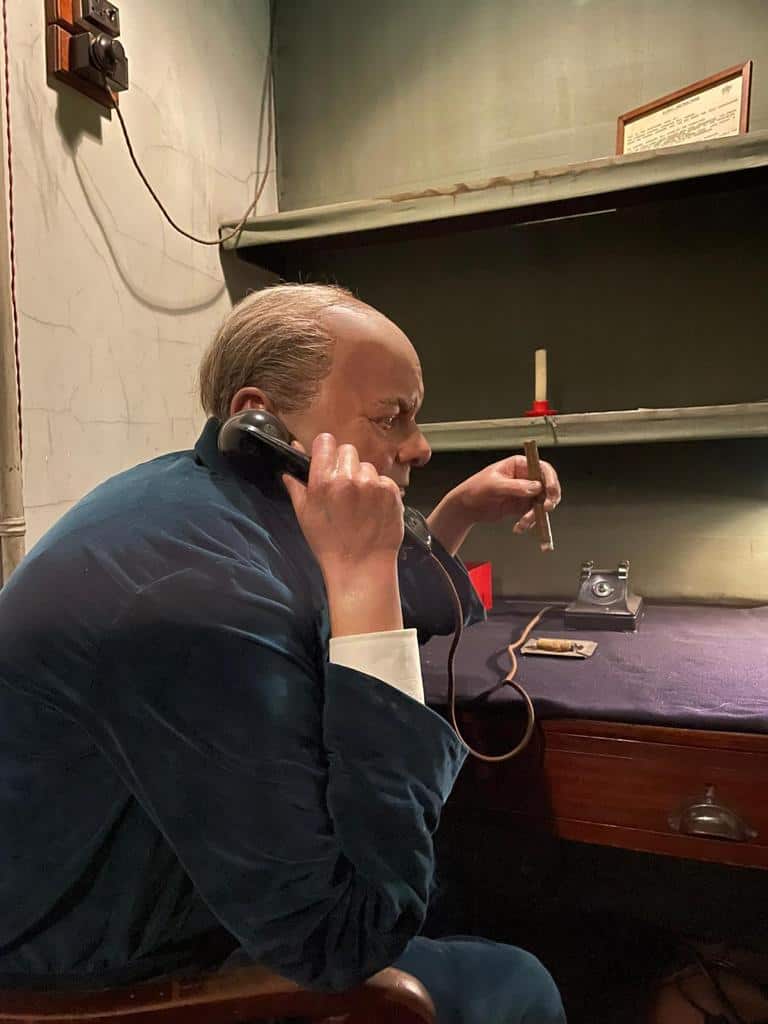