Southwell Minster received National Lottery Heritage Funding for the project ‘Leaves of Southwell’.
The wider project restored key areas of the Minster and enhanced the physical and intellectual access to the internationally significant carvings, the Leaves of Southwell in the 13th century Chapter House which are regarded as the best example of 13th century naturalistic carving in the UK.
We were commissioned to produce new tactile models including a scale interactive touch model of the Minster and a set of three tactile models of the leaves. The models had to be multi-sensory, engaging, and memorable by inviting discussion, and interaction for all different ages.

The aim of the tactile model is to enable visitors to better understand the evolution of the building and its scale. The tactile maple pieces of the building sit on an oak base which incorporates braille panels, screen printed text and outlines of the three key build phases. The model has a solid engineered board core with maple veneered outer layers which feature the architectural details of the building laser etched into them, creating a model which looks incredibly delicate but is extremely robust.

The tactile leaf models are housed underneath the originals and were produced from 3d scans ensuring they are an accurate replica before being cast in Jesmonite to ensure we recreated the authentic look and feel of the stone which is so important in an accessible model of this nature. 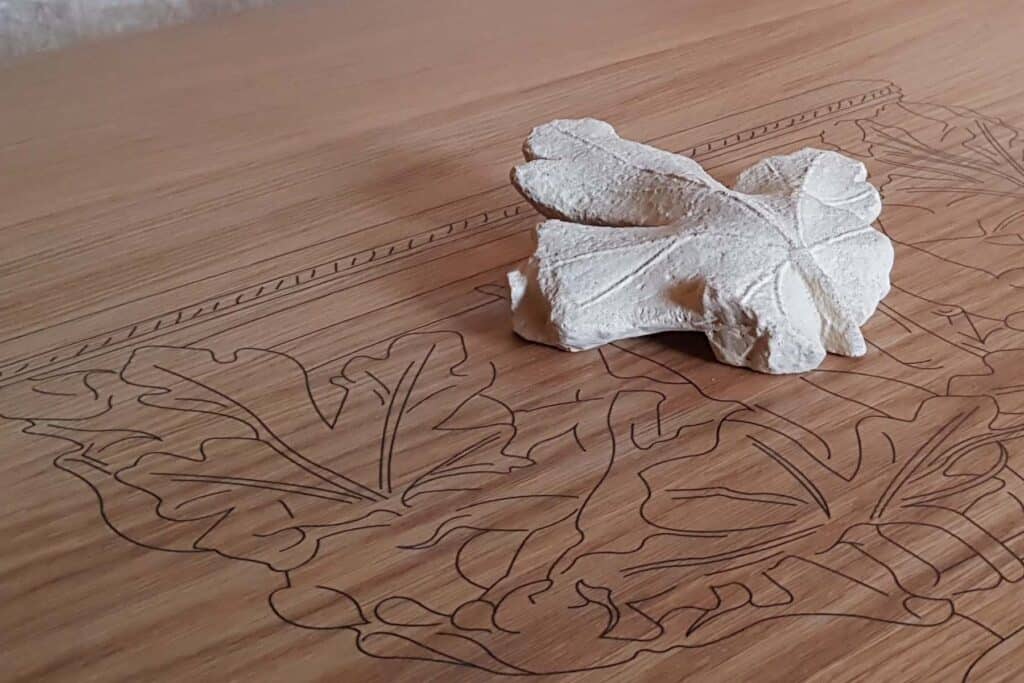 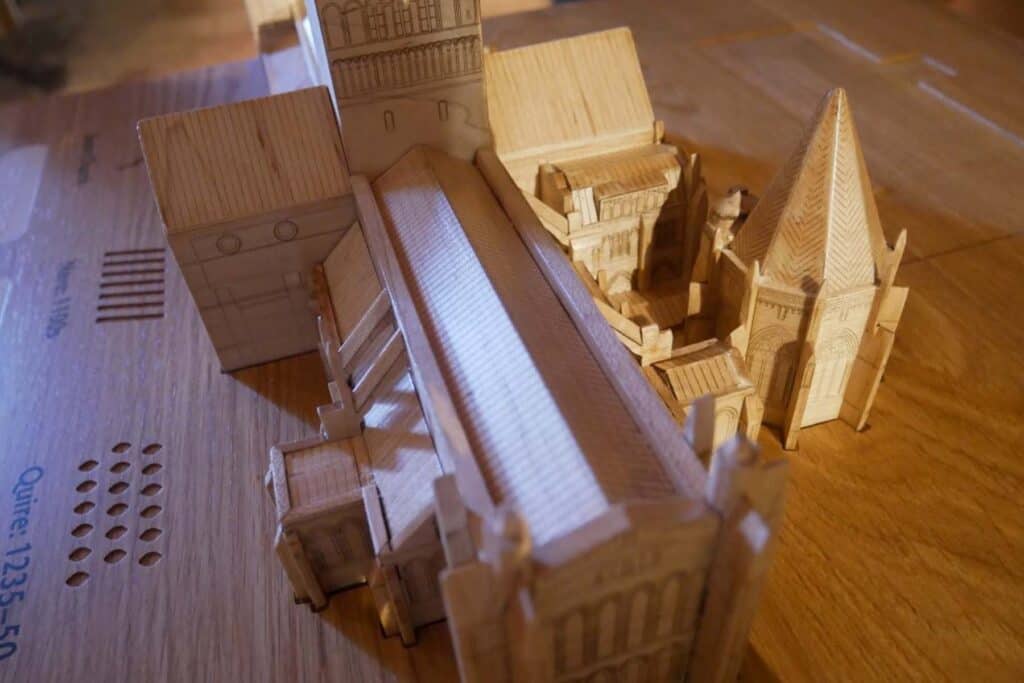 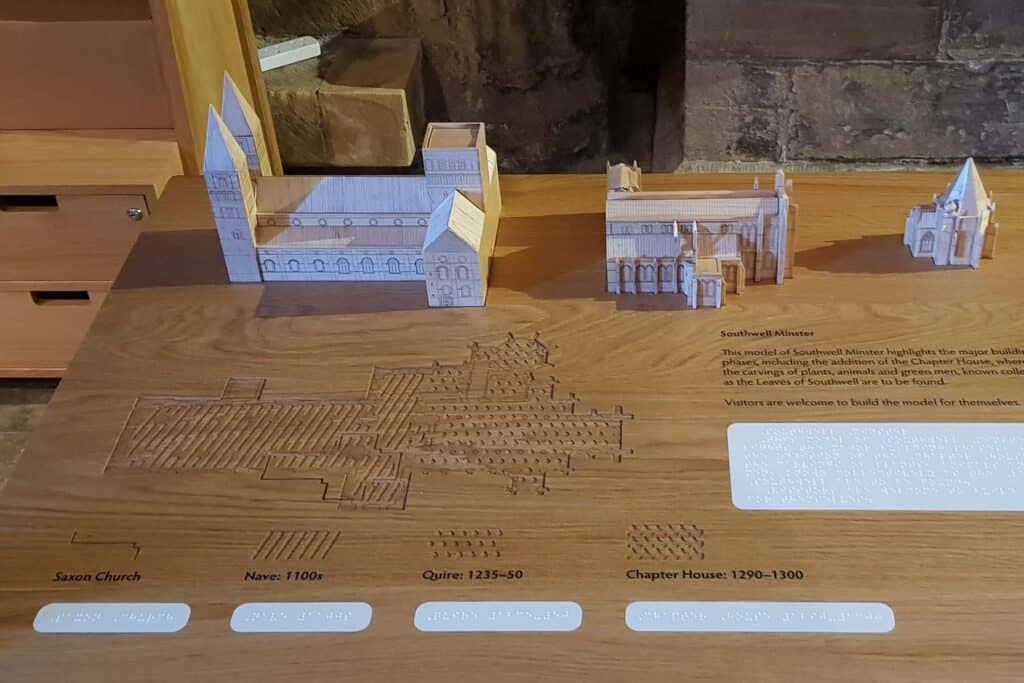 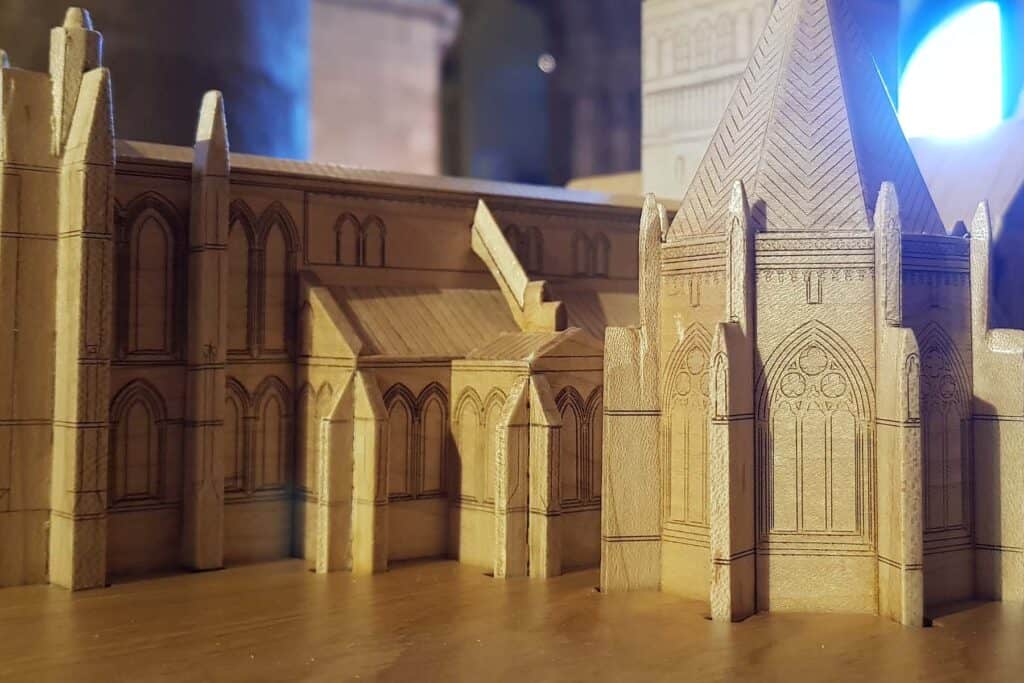 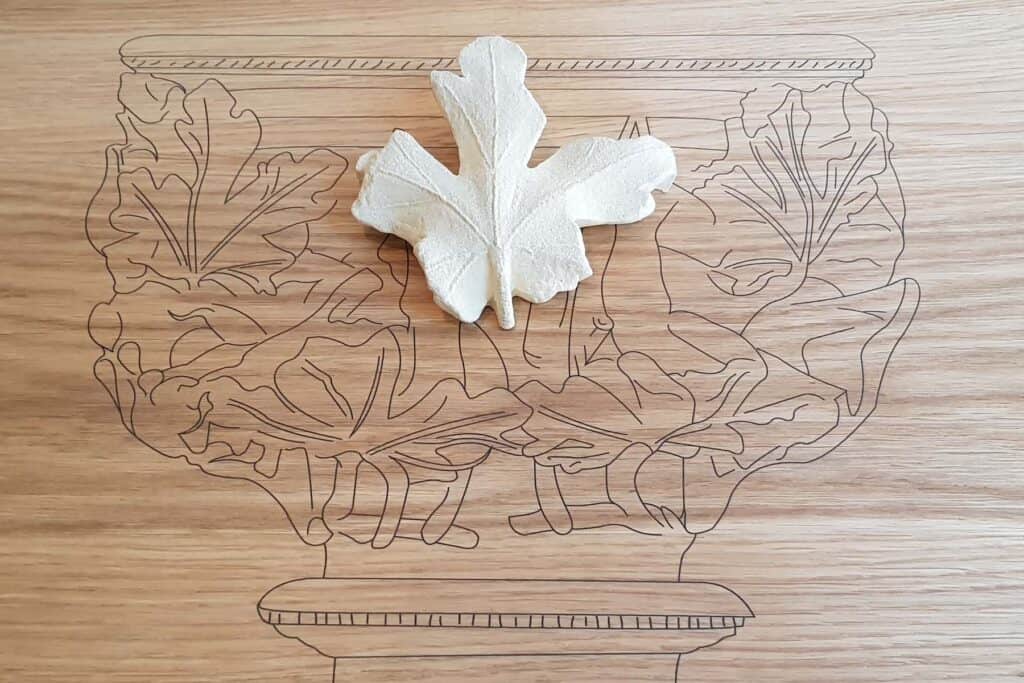 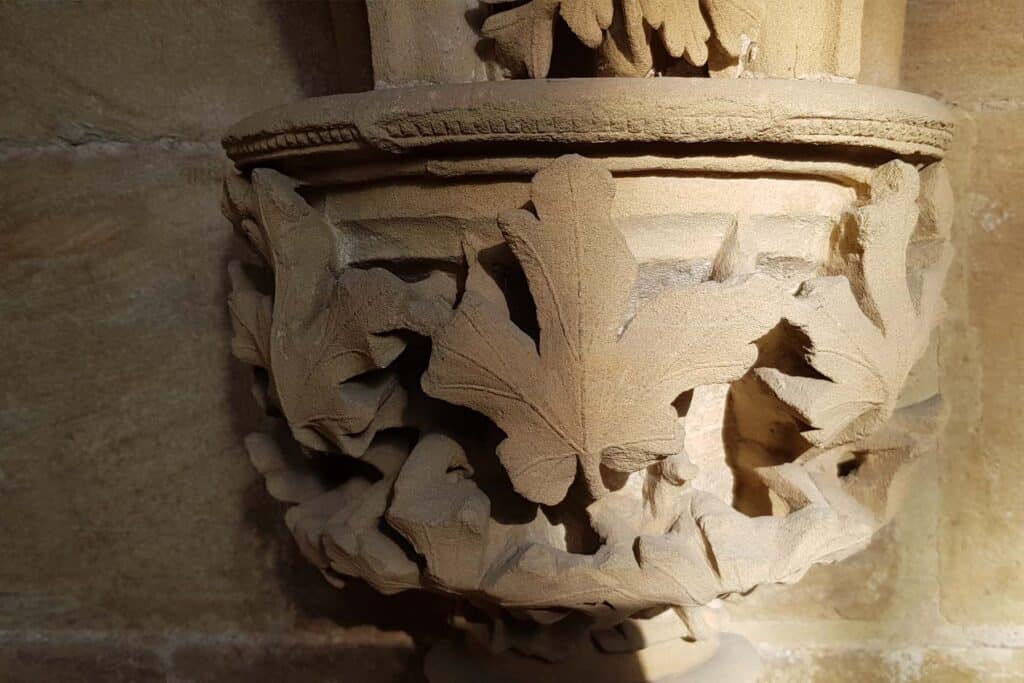 “Unusual Projects were an absolute pleasure to work with and demonstrated enthusiasm for the project right from the start. Both the project manager and model maker visited site to get a real understanding for the project and its requirements, meet the client and see the setting for the end model. The team had immense patience throughout a challenging extension of the project (due to the pandemic), and kept good lines of communication and programming throughout.

As the design progressed, they responded to visitor feedback on test models positively, with successful, achievable solutions. The detail in the final model is exquisite, and I can’t wait to see visitors enjoy interacting with it.”